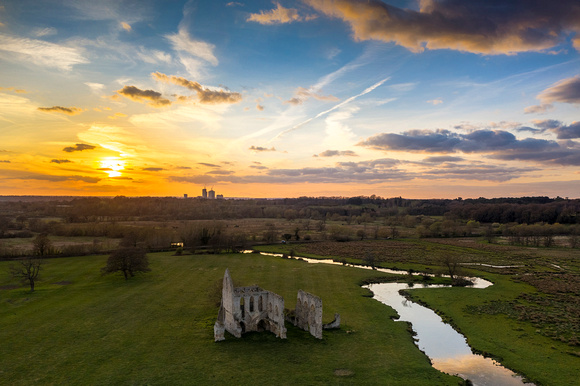 Aerial photographs of the remains of Newark Priory basking in the sunshine taken by photographer Oliver Dixon.
The Priory is a scheduled monument and a Grade I listed building which can be seen from the banks of the River Wey between Pyrford and Ripley in Surrey and was established towards the end of the 12th century by Ruald de Clane and his wife, Beatrice of Send.
A dawn service is held each year on Easter Day at 6am in the ruins, run by churches from the surrounding towns including Byfleet, West Byfleet, Pyrford and Ripley.
Oliver Dixon
User Agreement
Cancel
Continue